All right?
Apparently, according to Sheila from the Jolly Roger in Falmouth, if you want to go past Plymouth, you need to wear a bum bag under all your clothing and it’s thick fog past Bristol.

Sheila went to Exeter once for half an hour and then fled back home because there was too much traffic.

Bearing that in mind –

Redruth raised Joanna Neary is trekking all the way to London Town with her brand new character comedy show in a sports bag. Not alone this time, but in the company of Those Of Many Voices

(Dyball, Kerr and Pad Mclean. To include, to be honest, quite a few annoying voices and some extraordinary nervous tics).

Idiotic Neary is full of hope and has booked a National Express coach way in advance in order to do two very sweet little festivals and would be chuffed to bits if you joined her there.

Please feel free to spread the word as this show will end up in Edinburgh in 2015 and won’t be in London again for yonks.

If all else fails, the Cornish Pasties at Victoria Station have really improved. Especially if you can get one straight out of the oven instead of rescuing one from the day-long warming plate.

First up, Phoenix Fringe at Cavendish Square, near Oxford Circus, 7th August at 7pm till 8pm.

And then the lovely Camden Fringe too at the funky cool time of 9.30pm till 10.30pm at Camden’s Camden Head in Camden, London. This one is for TWO NIGHTS. Even scarier but also exciting. What does a bumpkin do for the inbetween bit? Install safely into the science museum shop with a discreet pack lunch? Of course. What else is there to do? 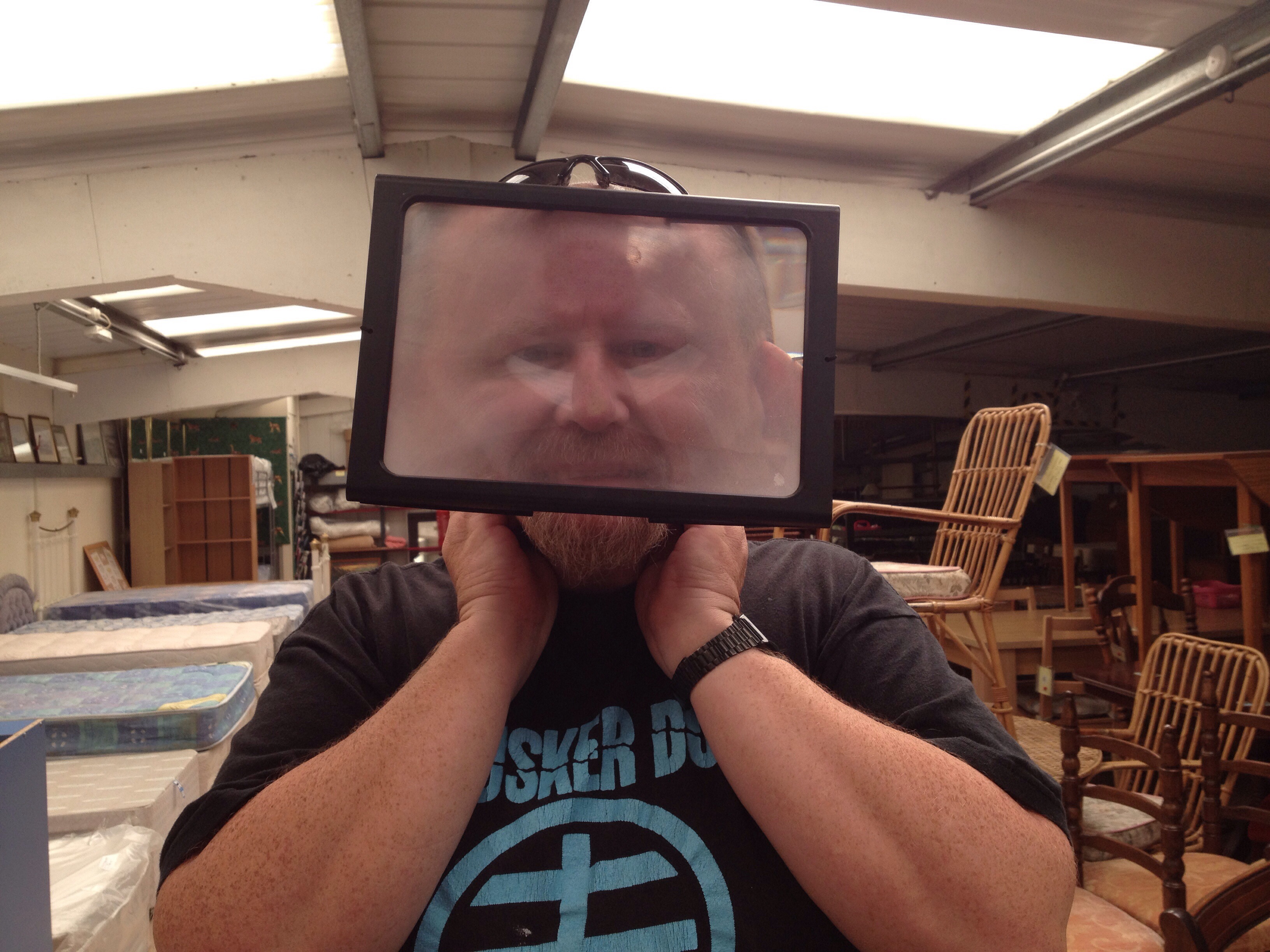 And that’s Pad Mclean who will be making his debut as East Yorkshire’s Jimi Hendricks. He thinks he’s about to hit the big time. Please don’t let him down. We really need upwards of 11 people, ideally.

The Shoplifting One. Trago Mills Final Installment
Pottery inspired by Bloomsbury Group and Tony Hancock in The Rebel