Jo Blogs – Down And Out In Paris With Flask

This time three years ago, we had a few days in Paris. After spending the first hour using as many French words as I could remember Mrs Joynes teaching us – i.e la charcuterie, le boulangerie, le or is it la supermarche – Pad joined in.

View near The Louvre. The time taken over flask operations affording us a better view than a city cafe ever would

I love how desperate I am sometimes, in finding subject matter to draw. This drawing is done in a remarkably cheap garret with no redeeming features and that blob on the bed is probably a coat. Never mind that the view from the bathroom was of the Eiffel Tour and the one from the bedroom, Sacre Coeur. A) they’re too hard to draw and B) you may as well buy a postcard. But you can’t buy a postcard of Pad crouching on the balcony with a fabric object in the foreground. Leave it to me. 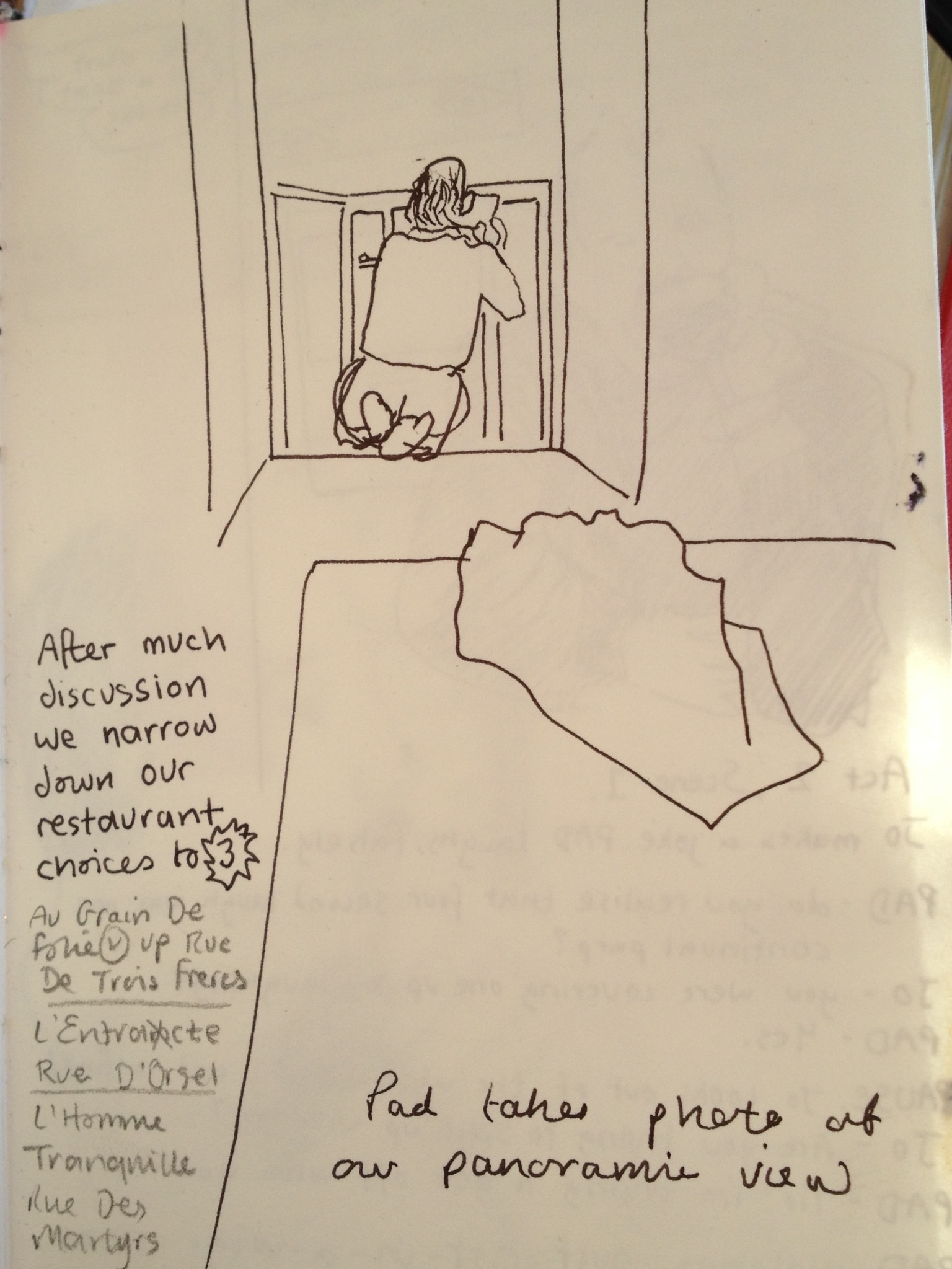 After a frugal few days, we decide to treat ourselves to a restaurant. The ham festival was only such because I ‘allowed’ (allowed? What a cow I am. And what a horrid thing, to even use that word in my pro equality* marriage) Pad to have both ham and cheese in one meal (three times a day). Which is extravagant, luxurious and indulgent when you have my upbringing. As usual, the tone was pathetically aspirational and subsequently lowered.

I’m being stupid in the bit about ‘reconnecting’. I say this occasionally to suggest that I think we’ve drifted apart. We haven’t at all. But it shocks Pad into laughing. Well, it did the first three years but then he switched off. 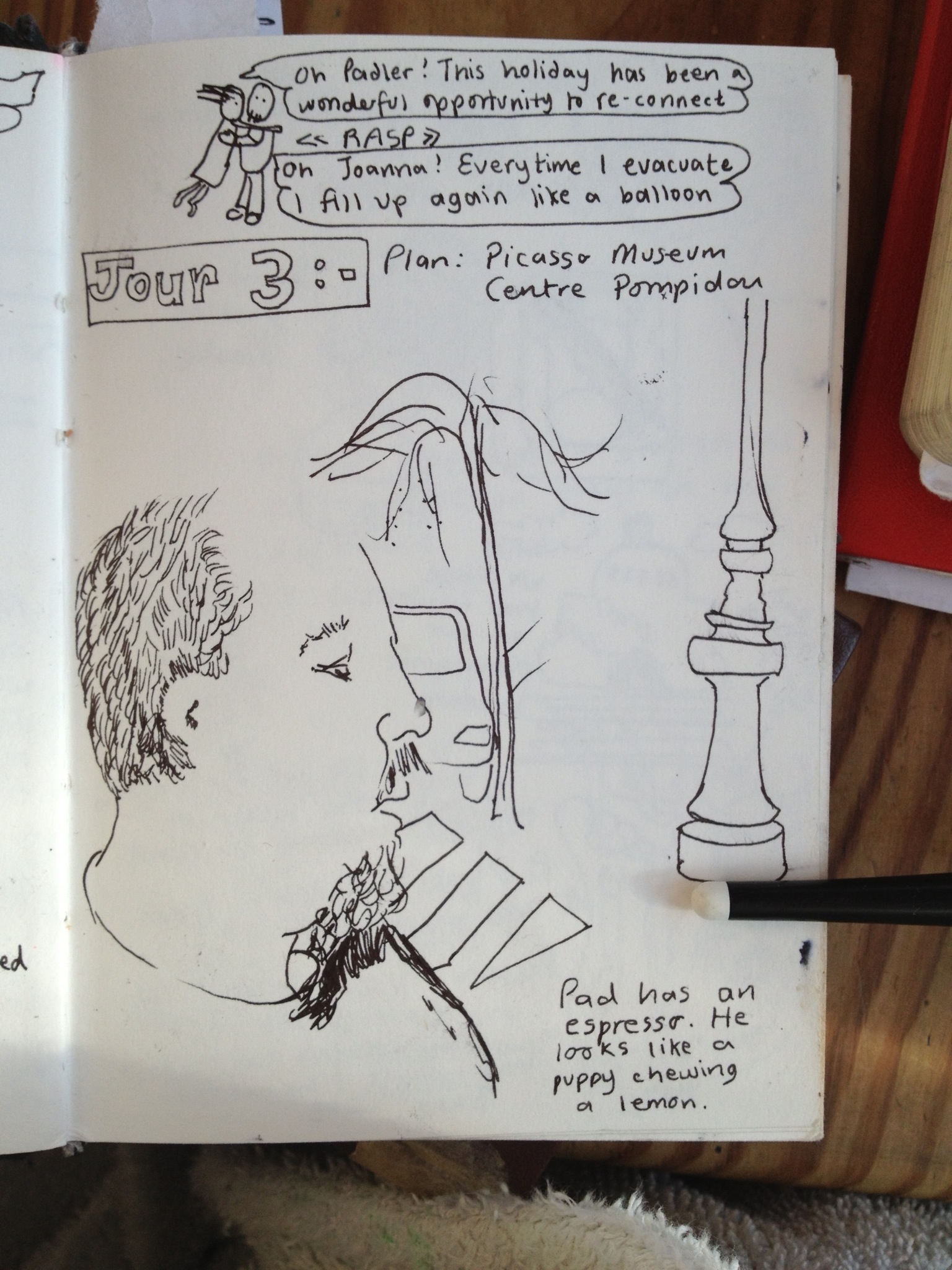 * = I originally put ‘pro feminist marriage’ – is that the same thing? I kind of think it is but suspect I’m wrong somehow.

Comments on "Jo Blogs – Down And Out In Paris With Flask"