So we arrived in Nottingham after an away jaunt in Yorkshire where I secretly collated Yorkshire lingo. I don’t mean to look like a royal snob, I love comparing language. If I wasn’t unemployed, I’d love to be a specialist in linguistics and social history. (Father’s voice ‘well, that sounds much more worthwhile than this doodling!’ Except he wouldn’t say that because he’s a HIPPY and just wants me to be HAPPY).

The gig went fine but it was a bit heckle-y. I said ‘if you heckle me, I will leave the stage’ and I think the audience were genuinely sorry for me because they shut up. I expect Jimmy Carr gets that all the time. 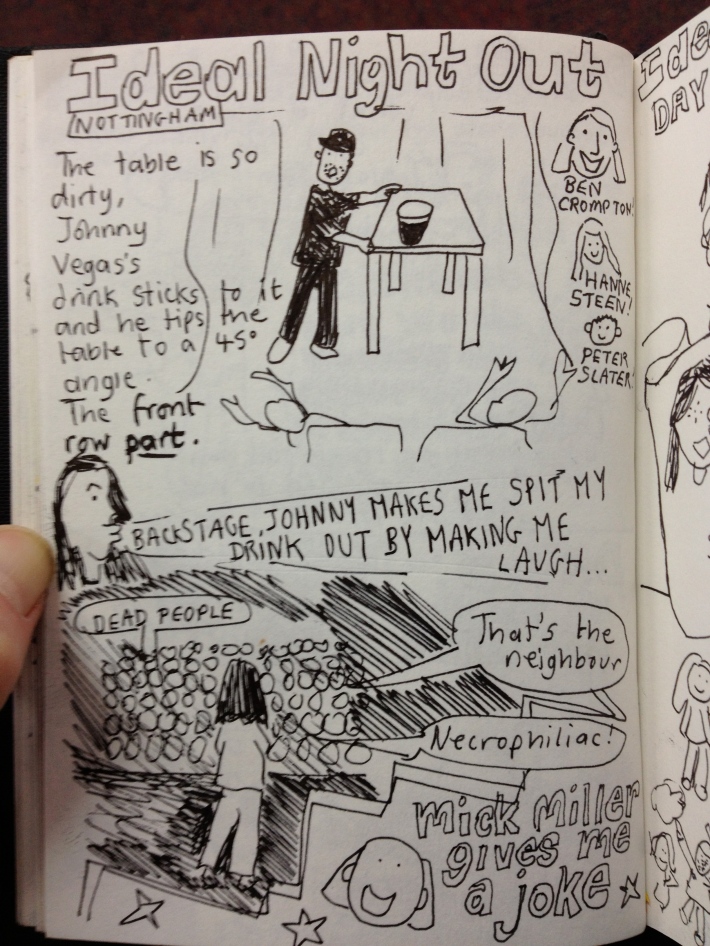 And the last day of our trip, to Leicester. One time, a few years ago when I did a gig in Leicester, (before I had an iphone with maps on it) Pad lent me his Sat nav and I walked around the streets holding it, being guided by a very loud posh voice as I didn’t know how to turn the speaker off. I may as well have had a loud hailer, shouting ‘a gullible and naive female is about to turn into your street. Get into mugging positions NOW.’

I really love the Leicester accent. A bonus of my visit was Joe who works at Just The Tonic, coaching me in how to do Leicester and Nottingham accents. ‘Oo warree wee?’ means ‘who was he with?’ and ‘yo, give him his monay’ are my new refrains. Thanks Joe.

So as we all danced off into the night, synchronising our moves to the drunken singing of Thriller, another gig under our belts, Steve Bennett went back to his Chortle headquarters and wrote this review. I’m no good at links so you’ll have to click on ‘reviews’ under Johnny Vegas to read the Leicester one.  Here’s my link anyway:http://www.chortle.co.uk/comics/j/39/johnny_vegas

And here’s a photo of a bouncer on Brighton Beach, checking my sketchbook diary for illicit material before allowing me to proceed with my sketching 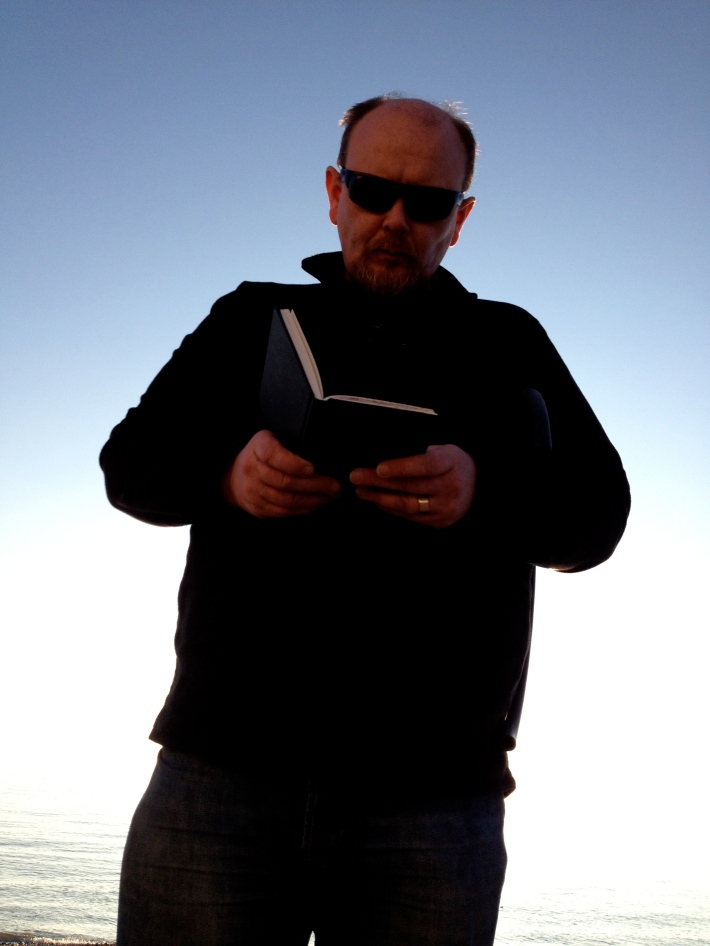 I know this post is a bit sparse considering I’ve been leading up to it for two weeks but I was too busy drinking and laughing to draw properly. It was an honour to take part in these gigs and I can’t do them justice.

Next time: Acupuncture and me. Honestly, it’s my favourite. It’s not as serious as it sounds.

Ideal Trip Away Part 4. A Human Being Under Pants and Hair Pressure
Acupuncture, Trifle And The Milk Man